Born in the Soviet Union in 1975, his family immigrated to the United States in 1978 in exchange for wheat due to the SALT 1 Treaty (Strategic Arms Limitation Talks), which allowed Soviet Jews to leave the country in exchange for American wheat. Today, Vaynerchuck is a CEO of VaynerMedia, a brand consulting agency with a net worth of over $160 million.

The energetic 41-year-old entrepreneur is setting the pace for everyone around him.
His sharp, bright eyes, high-speed speech, and body language transmit confidence, humbleness, and a deep sense of knowing.

Q: What is your morning routine?

Gary: Bathroom, shower, I brush my teeth and grab my phone to make sure that there are no emergencies. My biggest fear is that there is something going on that I need to address in London as soon as I wake up, or that something happened with a client that I’m not in control of. The first 30 minutes is intense, it’s collecting data. After that, I catch up on my inbox and my social media. I work out and go to my first breakfast meeting, either at 8 or 9 o’clock in the morning.

Q: How do you inspire yourself when you are at your lowest?

Gary: Everything is about perspective. What am I going to be upset about? Business? I’ve lost a client? I don’t stay in a negative place very long. If I made a billion dollars on an investment, but an hour later got a phone call that my mom passed away, will I be happy? No. Since it didn’t happen, I need to put my perspective in the right place.

Q: What do you tell people that are not ready for big project, a new job, marriage, or family?

Gary: The first thing that I would think to myself is, “They are a losing player.” They are on defense. What can I do to motivate them to understand that? They think they are playing it safe and that they are doing the right thing, but 9 out of 10 times, they are doing the wrong thing.

To be honest, I don’t like giving a general answer; I like to know the person individually. I try to do something jarring, or paint a very clear picture of why they are making a mistake. WHEN YOU ARE PROCRASTINATING – YOU ARE LOSING! 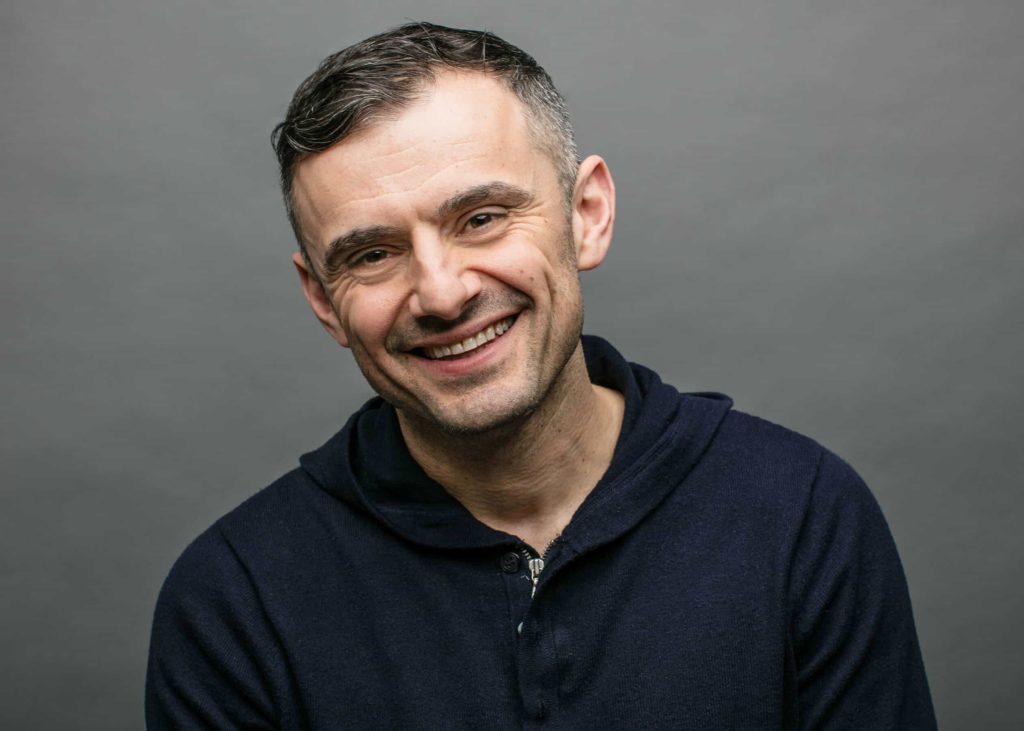 Q: What is the biggest mistake that people make when they are starting to use social media?

Gary: Underestimating how impactful it is on the rest of their lives. A lot of people think that it’s nice to have, but it’s not tactical using a picture now and then on twitter; it’s misunderstanding. It is a framework of how we are going to communicate forever. Every day that goes by, it becomes more important.

Q: How did you realize your life’s purpose?

Gary: I think I realized that I have a communication style, a personality type, and a level of charisma that is always going to attract attention. Sometime in the last 3-5 years, it became obvious to me that I was going to achieve everything that I wanted. What started to become more interesting was how to get both: how to get all the selfish things that I wanted and how do to become selfless and leave an enormous legacy. Based on people’s reactions of me, I think it became apparent what was happening and it was pressuring me to level up my own game. You know, I almost feel a sense of guilt for the way I live my life because I know that I was gifted many good things and feel a sense of responsibility for delivering on that.

Q: What is the worst part of social media? Can it hurt people?

Gary: I think the worst part is that social media doesn’t change us, it exposes us, and most of us are hurting. That manifests into negativity and it hurts peoples’ feelings. Most people aren’t secure enough to deal with the ramifications of a public domain where people talk about their looks, their skills, and their lives. I think the worst part is that we’re going to have to go through a 20 to 30-year window where we all recognize that we are living our lives on record and we will see the worst part of it. In 100 years, it will become amazing! Although, I do think we will go through a difficult period where some of us realize there’s a lot more inside of us, which isn’t so fun.

Q: What are three keys to success?

#2. Empathy. I’m aware of why people are doing what they are doing and I’m empathetic. They shouldn’t care about what I care about. They should care what they care about. I think empathy makes things very liberating. I’m never let down by anybody because I employ empathy and understand they are in it for themselves. That’s the way it should be.

#3. One thing that I think is unbelievably controllable is work ethic. If you were born with money & resources, it doesn’t mean you’re set. I don’t know anyone who made it and didn’t work hard.

Q: How do you balance your personal life? Do you think you’ve achieved balance?

Gary: ONLY through communication. Only through marrying somebody who was used to a hard-working father and it was her norm. Only through being very smart about it. Taking turns and over communicating! One hundred percent! And OVER-communicating! When you are feeling a disconnect, or when you need a common interest, you’ve got to create that. Romance or whatever it might be, it’s communication that fixes everything.