Designers are very visual, with great imagination and a desire to express beauty, through lines, symmetry, fabric, and color. For Brazilian fashion designer Aldo Mencatto, his love of fashion started at a very young age.

Mencatto’s mother made everything for her children — pants, shirts, clothes of all types from scratch. “My mom would sew for all 14 children in our family. She used to do everything by hand,” Mencatto said. He later took up modeling at the age of 18. “I was involved with fashion in a way, but I had no passion for what I was doing when I was modeling,” he explained.

After her death, Mencatto said he took inspiration from his mother and became interested in clothing design.

“One day after my mom passed away, I was walking on the streets of São Paulo and I saw bright, vibrant red fabric and I got a vision of a beautiful red gown. I had no experience of designing anything; I had no idea how to sketch. I went to see my friend and told her about my vision and all the details. She created a dress, but it wasn’t like I imagined— I had to make so many changes to make it closer to my vision.”

Mencatto’s career took off when he made a dress for famous Brazilian actress Paloma Duarte. He quickly became a well-known designer for celebrities, actresses, singers, music bands, and television networks. At the age of 27 he created his first collection. Then he opened his own store, and before long he had six boutique stores in Brazil selling his garments. Unfortunately, his success was short-lived when he entered into a contract with a partner. Mencatto would focus on making clothes and his associate would manage the stores and finances. His business partner sucked the company dry, Mencatto said, took everything from him and then disappeared.

That’s when his heart called him to America. His friends helped him to buy a ticket and with only 50 dollars in his pocket he came to Las Vegas. He found a job as a dishwasher at Denny’s.

His dream of coming to US came with a big price. He always felt that America was his home and that everything had a purpose— including his loss.
For two years he washed dishes, and struggled to learn English.

Mencatto set to work and saved money from dish-washing to buy materials, and spent all his free time drawing sketches, and searching for the right fabric and stitching seams. His true passion was restored and he started creating again.
But challenges didn’t stop there. In 2015, Mencatto was diagnosed with leukemia that was incurable and his time was limited. From the point of deep despair, he prayed. He asked for one more chance in life and his prayer was answered. That same week a doctor, a Chinese herbalist, gave him a treatment plan that cured him in 6 months. 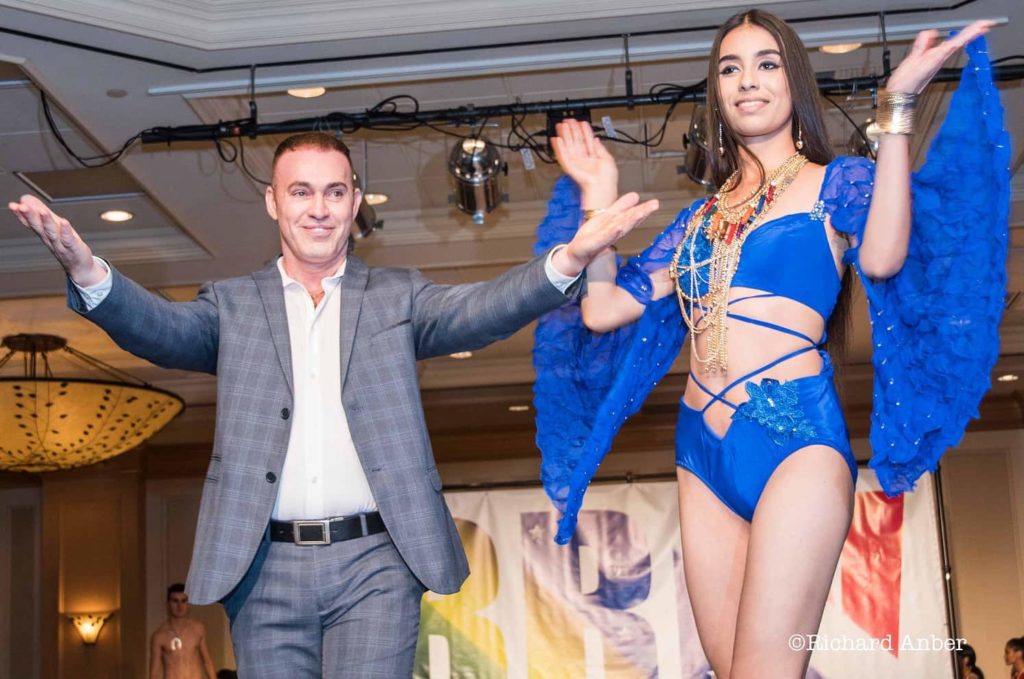 Mencatto has since received numerous national and local awards and recognitions. He has become vice president of the Las Vegas Fashion Design Council. He recently completed Brazilian Fashion Week in Las Vegas with a huge success. He also won Best Designer of the Year award in Florida.

Mencatto hopes to bring more fashion into Las Vegas. He notes, “Las Vegas is a source of incredible inspiration for me.”

0
Yelena Brezhneva October 1, 2017
No Comments Yet