When considering the seemingly disparate business model concepts of “fun” and “elegant,” it’s not exactly intuitive—or even advisable—to pair the two, particularly in the realm of fine dining. However, with an A-list chic ambiance juxtaposed with dramatic, over-the-top F&B presentation, Barton G Los Angeles has managed to unify those two approaches quite competently. In doing so, it has cooked up a gastro-niche all its own. Theirs is a whimsy-driven epicurean experience that not only boasts crave-worthy fare, but also the ever-elusive, highly coveted kind of flair that’s attracting the entertainment industry’s elite—along with L.A. power players, movers and shakers—in droves. 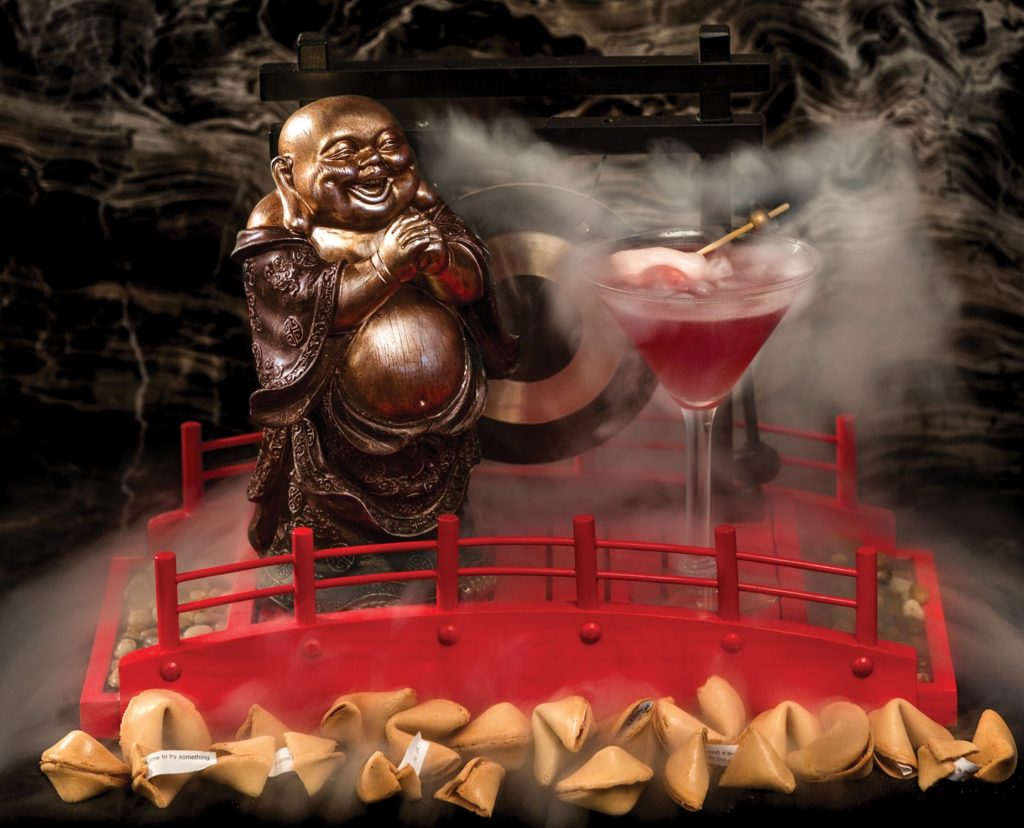 On my own evening at the West Hollywood locale I sat a mere table away from the legendary singer/songwriter Rod Stewart. Other celebs known to frequent the locale include Adele, Adam Sandler, and Ben Affleck among an array of others. This is the place to see and be seen, with all due credit going to brainchild Barton G. Weiss, for whom one title just won’t do. For over two decades, this event concept designer, restaurateur, culinary visionary, author, and entertainer is revered for having created “some of the most groundbreaking, imaginative, and decadent gastronomic and event experiences the world has ever seen.” Given his life’s mission to “create shockingly delicious and awe-inspiring dining and event experiences,” Barton G Los Angeles continues to make an indelible, and certainly incomparable mark on the SoCal culinary scene.

While still reluctantly coming down to earth from my own revelry at the famed restaurant, I caught up with Chef Jeff O’Neill, Executive Director of Culinary Development for Barton G, for some quick Q&A about what makes this restaurant so distinctive outside of the obvious presentation pomp and circumstance. Here’s what he had to say. 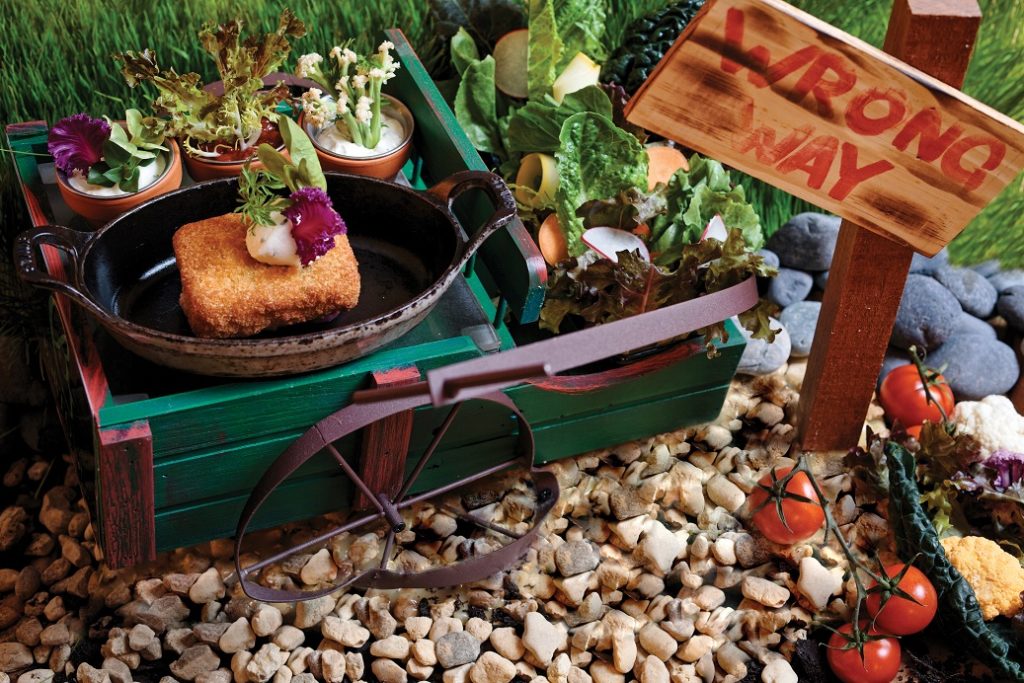 Q: What would you like the public to know about Barton G that hasn’t been overly reported about in the past despite the extensive coverage the restaurant has received?
That behind the scenes it is 100% unique…from a chef’s perspective, it’s a completely different experience, primarily because we are always in development. Not only seasonally. Like other restaurants we have deadlines for menu changes and R&D projects, but the process is easier said than done. Not all ideas lend themselves to successful restaurant execution. Finding that bridge is the biggest challenge. If we don’t keep our eyes open all year long, we may miss the something great. You never know when or where you find the next great idea.

Q: Fabulous plating/delivery aside, how would you sum up Barton G’s approach to cuisine?
It’s chef-driven in the sense of quality and seasonality, but there’s much more to it. Barton’s expectation of our team is for our inspiration to come from fantasy and fun. The integrity of the cuisine has to stand on its own. If we strip down the presentations and playfulness, the quality has to be there. True clean inspiring flavors, with some rich and decadent touches as well, but a spring menu should taste like spring!

Q: What might people NOT know about the restaurant, but should?
Barton conducts brainstorming sessions for the team, and many cocktail and dish concepts come as a direct result of those sessions. We will present 40 dishes and or cocktails internally, before settling on 20 new items for a new menu. Also that we have a leader, Barton Weiss. He doesn’t rest on his commitment to details and exceeding expectations, and won’t be satisfied until we offer the ultimate experience. 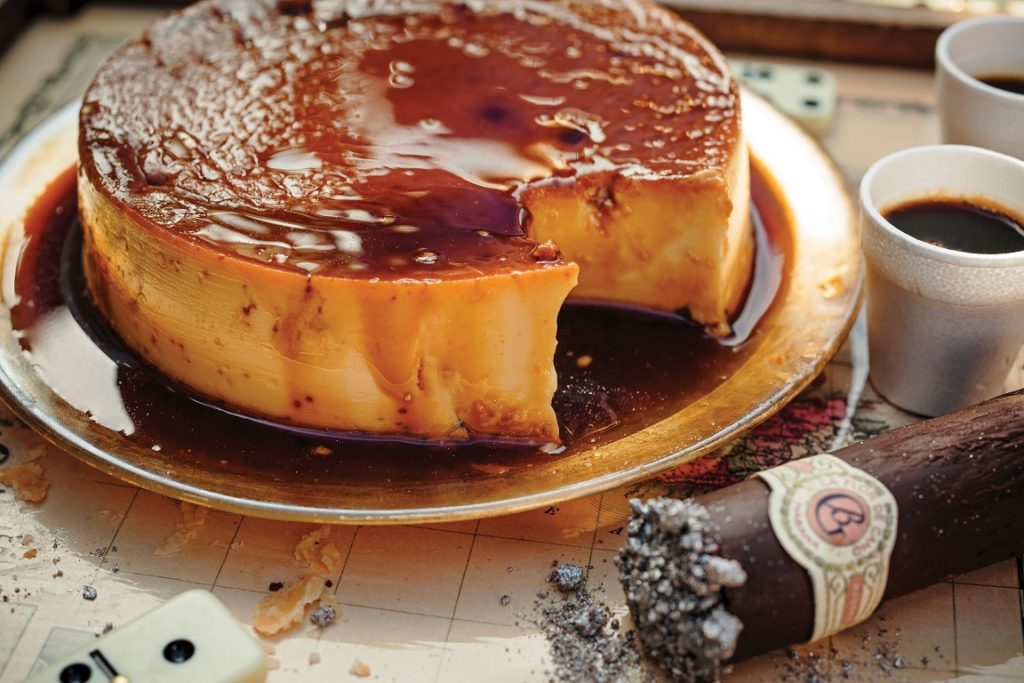 Q: Does Barton G’s have a “signature dish”?
Barton G. the restaurant doesn’t have a “signature” but it has some iconic dishes that our clientele has come to expect and adore. The Lobster Pop Tart is one of the first Barton G “classics.” A play on a nostalgic childhood favorite, where the food itself dictates how to present it. “Toaster Pastries”…served in yes; a toaster. Another would be our giant succulent prime “Grillicous” steaks–the three-foot fork has become a symbol of the restaurant, and we are proud of our ability to deliver one of the best steaks you will ever experience.

Q: What is your personal favorite item on the menu?
I have many favorites, but my current favorite is the “Don’t Be A Jerk Chicken”—a savory, sweet and spicy spin, whole roasted, organic jerk rubbed chicken glazed with Caribbean rum. An island-inspired classic packed with flavor with an unforgettable presentation! It’s served in a full-size bird cage, with a video screen playing music and a nude twerking chicken!

Q: Any interesting/unexpected/little known factoids/trivia about the restaurant?
Nitrogen cocktails started here. We’ve always pushed to stay ahead of the curve, creating unique and memorable, sometimes “wild” cocktails, and doing it with integrity is the trick. Barton was among the first to introduce a nitro cocktail program, which we had become renowned for some years back. We still feature a nitro cocktail menu, but what sets us apart is the flavor and alcohol content in our nitro cocktails change as you drink it. We create frozen liquor popsicles, which replaces the ice. As the popsicle melts, the drink gets stronger. We’ve also developed a signature cocktail program that focuses on fruit and vegetable bouillons, infusions, purees, extractions and reductions as the base, rather than traditional mixers and sweeteners. 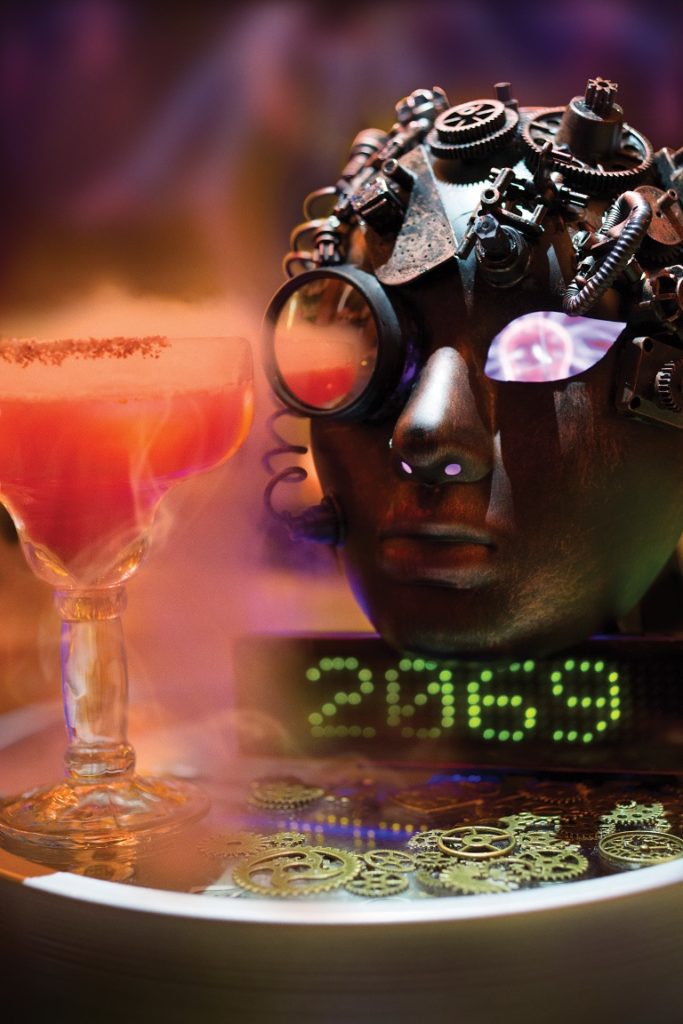 Q: What are some of your near-term goals for the restaurants?
The restaurant industry has shifted to a more casual, comfortable but quality-driven environment. Barton G. has always focused on local product when possible, and sustainability from day one. But it has become the catch phrase of the industry. With this transition, the diner has become well educated about product as a whole and can recognize quality when they taste it. We’ve also experienced a more adventurous consumer, and for our evolving product and restaurant that’s a plus. They’ve come to expect a sense of adventure from our brand, and that’s what we’re all about. Our near-term goal is to expand in to additional major cities offering an expense like no other.

Q: How does Barton G’s elevate or propagate its image even further?
We’re always challenging ourselves to take it to the next level, constantly evolving as a brand. So much has been done, but our development team is working tirelessly to develop and deliver that “wow” that our clientele have come to expect. It’s not only dinner, it’s entertainment. Barton G. the restaurant makes people smile. No limits, no boundaries.

Q: What are some of your personal career highlights?
Before achieving my goal of becoming Director of Culinary Development with Barton G, I was a chef at NYC’s Le Bernardin, which holds three Michelin Stars. I received 5 Stars and 5 Diamonds as Chef de Cuisine of L’Escalier, in Palm Beach, Florida. I also served as Executive Chef for President Donald J. Trump, overseeing his esteemed Mar a Lago Club for five years, in addition to developing Michelin-starred restaurant concepts for Trump International Hotels in Chicago and Las Vegas. I also received the Starchefs.com Rising Star Award in 2008. 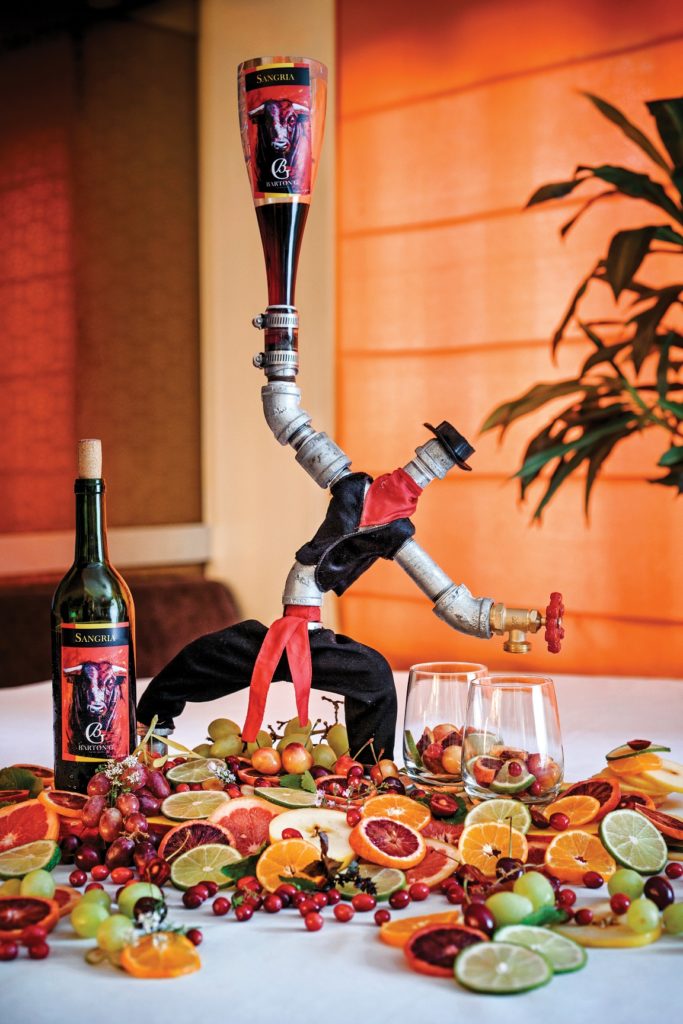 Q: Anything else you would like people to know?
For the Barton G Los Angeles location, we created three different versions or styles of cuisine, along with fully developed menus, before Barton settled on the menu he did. There are many ideas or dishes that “don’t make the cut,” or just haven’t yet…some because they were just awful, and some for other reasons! BUT, there are some items that are just dreadful…no one’s perfect. Some items we may think are clever and we may love them, but it’s determined that they are not fun or outrageous enough, or are simply inappropriate: “not for all audiences.” An example that never made it to the menu would be the “Bye Bye Bloody Sheep Lamb Tartar.” This was to be served on a scale, on top of a bloody butcher block complete with a full-size cleaver. The blood splatter was actually seasoned ketchup, with traditional steak tartar garniture. It was deemed “too offensive.” Outrageous, but a bit too much. Another example is our hot dog beignets, which will eventually make it to the menu: we are determined!