Photo courtesy of The One Group

Americans are hungry. How hungry? According to Progressive Grocer, total supermarket sales for 2017 neared a staggering $685 billion. Beyond these homeward bound provisions, dining enthusiasts are also doing their part to feed the gastro-economy. This amid a National Restaurant Association (NRA) report that, for 2017 alone, revenue for the restaurant industry was projected to reach $799 billion (notably representing a 4.3% increase from 2016).

Thus far, 2018 has proven to be quite prolific for many restaurant brands, and not the least of which is STK. With accolades like “Never a dull moment” (Zagat) and being cited among “The 100 Best Steakhouses in America” (Forbes), it’s understandable why this chic and sexy nightclub-esque steakhouse continues to expand. In fact, so far this year STK has opened two new locations—one of which in San Diego. “America’s Finest City” couldn’t be more apropos for this revered eatery.

With its tongue-in-cheek positioning asserting it’s “Not Your Daddy’s Steakhouse,” STK San Diego is now offering its modern take on steak in the city’s energetic Gaslamp Quarter, which is replete with patrons eager to see and be seen while feasting on upscale fare. Ensconced within the boutique Andaz San Diego hotel, the menu here features STK’s elevated American cuisine in an atmosphere rife with fun and frivolity complete with a spinning DJ, mood lighting and expansive windows so you can gawk while you gobble.

Amid the buzz, I recently connected with Emanuel “Manny” Hilario, CEO and President of The ONE Group and STK, for some insight on how STK is turning up the heat in San Diego. Here’s what he had to say.

Q: What made the brand decide to expand into San Diego, the Gaslamp District, and to be located within the Andaz Hotel?

San Diego’s famed Gaslamp Quarter—and particularly where the Andaz San Diego is located—is an incredibly lively, desirable area well known for its nightlife. As San Diego’s premier shopping, dining and entertainment district, it just made perfect sense that the sleek design, cool atmosphere and full-of-flavor menu of STK San Diego would fit in seamlessly with the local scene and cultural offerings of the Gaslamp Quarter. 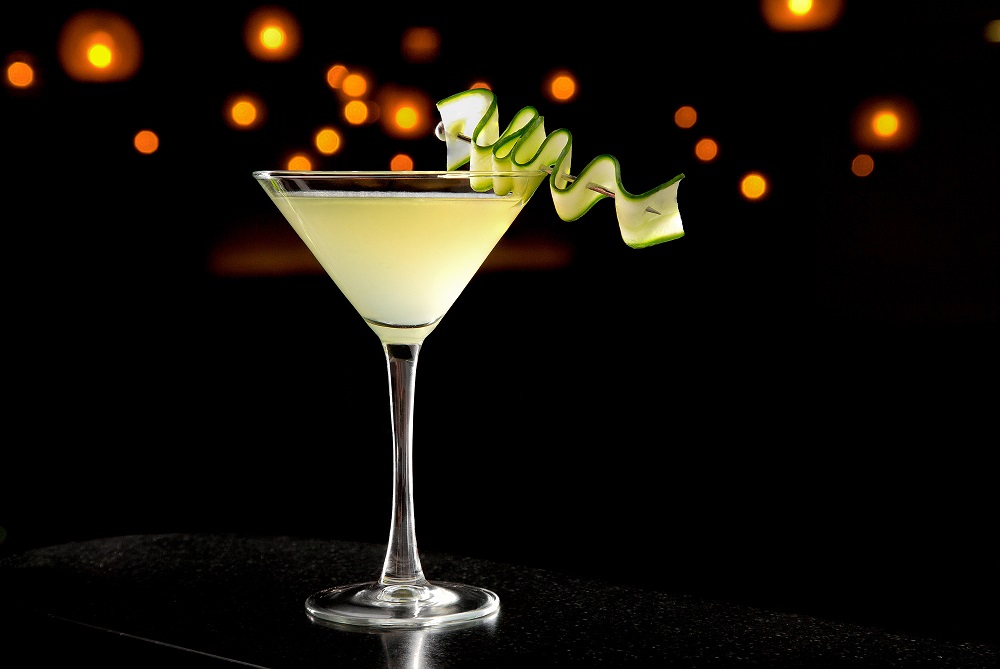 Q: What makes the new San Diego location different from all other STK locations?

STK San Diego incorporates a great deal of local flavor and inspiration in the food, cocktails, design and vibe. From the contemporary yet urban interior to the local beer program, STK San Diego creates an elevated dining experience unique to this location.

Q: What might people not know or anticipate about the new San Diego location?

Also, unlike traditional steakhouses, STK sets itself apart by focusing on the experience as a whole versus any singular aspect of a good night out. It’s not just the food, décor or the nightly music—it’s the combination of all these things that creates a vibe that you can only find at STK.

Q: Does the location have a “signature dish?”

The premium cuts of steak are what the restaurant is best known for. STK offers a wide range of crusts and toppings for all steaks as well as a unique selection of house-made sauces. Our menu in San Diego includes celebrated signature dishes such as House-made Pappardelle Pasta with Short Rib Ragout, Grilled Summer Squash, Grilled Octopus and Blackened Cod with, of course, the highest quality cuts of steak.

As well, the robust mixology program features locally-inspired beverages with cocktails such as the Strawberry Cobbler, Cucumber Stiletto and Old Cuban. As a part of its local beer program, STK offers options from some of San Diego’s favorite breweries, such as Mission Hefeweizen, Latitude 33 Blood Orange IPA and Alesmith .394 Pale Ale.

Q: What are your near-term goals for STK San Diego?

We simply look forward to becoming the ideal, fine dining gathering spot for all patrons of the Gaslamp Quarter—from locals to business travelers and everyone in between.

Q: How do you plan to further engage with the San Diego community?

From the day we announced our arrival to the day we opened our doors, STK San Diego has been well-engrained in the local community and will continue to do so. From our local beer program that offers options from some of San Diego’s best known breweries to our ongoing participation in popular, local food and wine events and strategic partnerships with local organizations, STK San Diego will continue to deliver fantastic local flavor to the San Diego community in new, exciting ways.

While Manny revealed that his personal favorite menu item is the Dry-Aged Delmonico, a celebrated STK staple nationwide (and rightfully so), I would be remiss not to mention a few other to-die-for dishes discovered from my own epicurean exploits at the locale. This indubitably includes starters and sides like the uber-fresh Tomato and Burrata Salad (an heirloom tomato centerpiece on which the creamy buffalo milk cheese ball is perched, also with brioche crouton and peppery arugula lightly tossed in basil oil and sherry vinegar); the Shaved Brussels Sprouts (with apple, cranberry, aged goat cheese and Marcona almonds) offering a masterful mélange of savory and sweet; and the Lil’ Brgs duo (Wagyu beef sliders with “special sauce” on a black sesame seed bun, served alongside tart mixed pickles). Do add truffles if you want to amp up this already fabulous appy.

Then there’s the perfectly seared and crusted 14-ounce Bone-In Filet with your choice of topping or sauces. For this, I strongly recommend the Alaskan King Crab “Oscar” with the shellfish so ample it turns this dish into a bona fide surf and turf. However, for me personally, the pièce de résistance here resides in the seafood realm. Specifically, the Grilled Lobster with leeks, spinach and King crab. This large, full lobster is served split in half, with a preparation that’s reminiscent of Rockefeller style, although an herbed béarnaise is served on the side while the shellfish itself is presented with a brown butter roux drizzle. So generous was the portion I had to take one full half home to savor the next day.

So next time you find yourself in downtown San Diego and are looking for a wining and dining experience where the ordinary just won’t do, treat yourself (and your entire party) to a STK experience. I predict it’ll be an atmosphere-driven epicurean escapade that’ll keep you longing for more.

As the Executive Editor and Producer of “The Luxe List,” Merilee Kern is an internationally-regarded consumer product trends expert and hospitality industry voice of authority—a travel, dining, leisure and lifestyle expert who spotlights noteworthy marketplace innovations, change makers, movers and shakers. She reports on exemplary travel destinations and experiences, extraordinary events and newsworthy products and services across all categories. Reach her online at www.TheLuxeList.com, on Twitter at www.Twitter.com/LuxeListEditor, on Facebook at www.Facebook.com/TheLuxeList and on Instagram at www.Instagram.com/LuxeListReviews