Inspirational industry experts, including executives, best-selling authors and pro athletes, chime in on how to re-energize your 2019 resolutions and keep career and life goals on course.

As we approach the second calendar quarter, we’re entering that precarious time when many begin to flail and outright fail with their New Year’s resolutions—no matter how impassioned or well-intentioned they were at the time of inception. This phenomenon is so pervasive that a litany of studies are “peeling back the onion” to reveal exactly why so many are unsuccessful in fulfilling career, life and self-enhancing promises we’ve made to ourselves.

One recent Psychology Today article reveals that there may be four specific reasons “you may be standing in the way of your personal growth.” These are goals that are unclear, or feeling overwhelmed, discouraged or not ready for the change. And, while having a backup plan is an anxiety-alleviating strategy often proffered by field pundits, an Elsevier-published study titled “How backup plans can harm goal pursuit: The unexpected downside of being prepared for failure” explores the notion that “the mere act of thinking through a backup plan can reduce performance on your primary goal by decreasing your desire for goal achievement.” Speaking of anxiety, failing at New Year’s resolutions just may be impacting your emotional health. A report published by ReearchGate.net correlates the “conflict between goals (inter-goal conflict) and conflicting feelings about attaining particular goals (ambivalence)” that are both “believed to be associated with depressive and anxious symptoms.”

Whatever the reason your own New Year’s resolution has veered off-course, it’s never too late to rally, turn the tide and start realizing some quick successes. But it does take a bit of concerted effort, ideation and bona fide grit to make those resolutions a reality. To pull back the proverbial curtain, I tapped a variety of high-achievers and “serial doers”— “Firestarter’s” in various industries and trades to share advice on what it takes to start, create and even disrupt in order to achieve goals. Their anecdotal circumstances and points of advice also exemplify differences between people who make things happen and those who only think about making impactful changes, but never quite get there.

1. Be Persistent with a Purpose

Best-selling author, lauded corporate executive and sought-after motivational speaker Steve Pemberton recommends unleashing “the power of persistence” with visceral determination. Having overcome a litany of adversities growing up in the foster care system to ultimately become a C-Suite powerhouse for global leaders the likes of Monster.com, Walgreens and Globoforce, Pemberton has walked the walk when it comes to “survival” and perseverance. Relative to the research mentioned above regarding the helpful or hurtful nature of back up plans, for Pemberton there was no such thing. There was simply no other option than to persist toward his goals, however small or large, that were doggedly pursued one at a time until, collectively, he reached that mountain peak. Then, he did it time and time again, also having spent much of his professional life helping others do the same. His childhood experiences not only gave him the resolve and tenacity to stay the course, but to do it with purpose and meaning—for Pemberton, a burning desire to “pay it forward” and help others break through obstacles in their own lives.

Ask people if they are committed individuals and many will say “yes,” however; commitment is often defined or regarded quite differently from culture to culture, and even person to person. Individuals often assert their commitment to their goals until a circumstance arises that knocks them off balance, comfortably absolving themselves of blame in the process. It’s no wonder a whopping 80 percent of New Year’s resolutions are purported to fail by February. “In order to remain committed to a goal or cause, one must conduct themselves with steadfast consistency in working toward it, and upholding it when you’ve achieved it—no matter what hardships present along the way,” urges social activist and acclaimed personal injury attorney Christopher Chestnut, partner at The Chestnut Law Firm. Despite Chestnut’s amazing early career trajectory, including recognition from former President Barack Obama (who was Senator at the time) for courtroom excellence, earning a National Bar Association award and winning a multi-billion-dollar lawsuit against Big Tobacco, he suddenly found himself immersed in challenges threatening his reputation, livelihood and future at large. This included being in a dispute with his former mentor. While Chestnut was faced with possibly “losing it all,” having many chances to quit, his devotion to the idea of “justice because you deserve it”—the actual slogan of his law firm—gave him the emotional strength and fortitude to remain committed to the profession he worked so hard to attain. Consistency forges a path and, rather than focusing on the end destination, holding on to the ideals for “why” you want to grow can reinforce your commitment and serve as guideposts to help you navigate those inevitable bumps in the road.

Russian-born Eugene Gold grew up poor, ultimately immigrating to the United States with the hope of a better life. In the process, he faced setbacks too numerous to count, from financial to professional to social. But he was relentless in working toward his career goals. So much so, Gold was coined
a “relentless-preneur” for his unwavering belief that rejection fuels success. Gold reveres failure and regards rejection as an asset. Gold points out that, “every single time you fail and every single time you get rejected, you are that much closer to a ‘yes’ and more knowledgeable at how to get there.” It’s with this maverick mentality that Gold built a business that’s grown by a staggering 4,400 percent. His incredible, fearless determination landed his company at No. 65 on the coveted Inc. 5000, also appearing on Entrepreneur 360 list twice. Producing such staggering “against the odds” results is certainly difficult, but entirely attainable with the right mindset.

Another fast track case-in-point is Chi Ta, a self-made millionaire who grew his Airbnb business to $2.4 million upside in nine months, making him one of the world’s largest Airbnb hosts by dollar volume. He not only attributes his rapid-fire success to determination, dedication and consistency, but also by being willing to take those calculated risks and leaps of faith needed to push past the status quo and not just be good… but great. Before growing his Airbnb empire, Ta was working toward his “wealth” goals in the mortgage industry where he served for over a decade. But, when he uncovered gig economy opportunity in the home share space and curated what he felt was a powerful strategy related thereto, he brazenly pivoted and shifted his professional point of focus on the new pursuit. Today, Ta is one of the global leaders in his field and his now mentoring others on how to achieve just the same. Gold and Ta are examples of how quickly things can get back on track after an undesirable result. Their mega success demonstrates that people falling behind on their New Year’s resolutions can parlay pitfalls into renewed intentions that can reinvigorate. 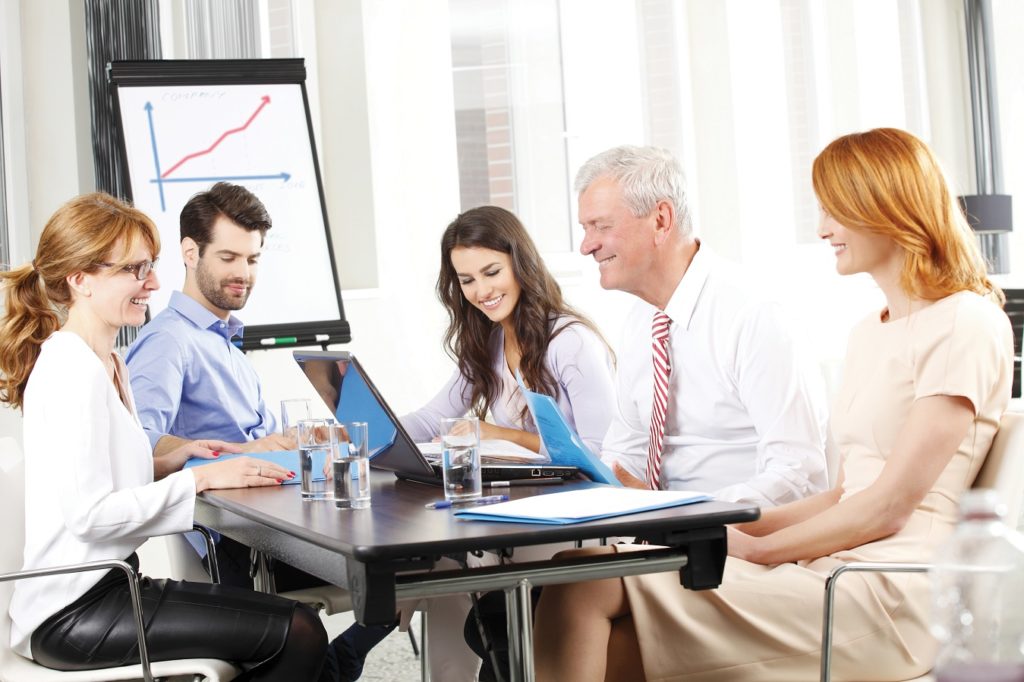 It often takes a strong character to accomplish things in life, and this holds true for New Year’s resolutions as well. This according to “Character Coach” Gary Waters who enjoyed a 30-year career as a NCAA basketball head coach. Waters believes that character begins by being loyal to yourself and that quitting is the most disloyal thing you can do. Loyalty means different things to different people, of course. For Waters, loyalty is about the commitment one makes to a cause. It involves a feeling of devotion or obligation to something in both good times and bad. Other definitions describe loyalty as involving faithfulness to something to which one is bound by pledge or duty. In all instances, however, loyalty is about integrity—keeping one’s word or upholding expectations as demonstrated through one’s actions, optimally in a sustained and habitual manner. Waters believes that ingraining a sense of loyalty to one’s own wants and needs is a fundamental aspect of character building. Once you’ve mastered this for yourself, you can then impart the value of loyalty on those you have an impact on—be that in the workplace, at home or on a playing field.

Irfan Khan also knows a thing or two about loyalty. As the president and CEO of Bristlecone, a company whose size he has doubled the last four years by completely centering it around the needs and wants of his customers, Khan is an expert in “antifragility.” A concept defined by popular economic thinker Nassim Taleb, an antifragile system is one that, “instead of breaking under stress and change, thrives under it. The antifragile grow and improve from external shocks.” While typically applied to supply chain management and a consumer-centric approach and attitude in business, Khan asserts that trials and tribulations that test and attempt to undermine one’s loyalty can, and should, make that loyalty stronger and uncompromising.

It is to be expected that one will face stress and difficulties in their road to successful resolutions, but some of those roadblocks may be signs it’s prudent to rethink your goals altogether. Career coach Sheeba Forbes faced this same dilemma when starting her practice intended to help women advance in the workplace. Many times, as her business was establishing itself, Forbes had to step back and re-evaluate if a goal was what she wanted—or even needed—or if it was time to “course correct” and adapt her objectives slightly to accomplish the bigger picture of what she set out to achieve. This ability and willingness to readjust and reacclimate to new conditions and situations taught her the value of taking a break, stepping back to re-evaluate goals and ensure the “why” behind them still aligns with current circumstances and desires. To this point, Dr. Quinella Minix, a personal performance coach, concentrates on intrinsic motivation. She advocates a focus on knowing what drives you and why. Minix underscores that it’s easy to get distracted by the “wrong why,” which can lead you down a path that wastes time and energy and can often take you further away from your goal.

The demonstrated value of strategic recalibration aside, when it comes to getting New Year’s resolutions back on course, for many the secret sauce is simply a matter of maintaining one’s vision, focus and persistence. This mix is what helped former NFL wide receiver Marques Colston become the New Orleans Saints all-time leading wide receiver (one of the top 50 in NFL history for receiving touchdowns) and, today, an entrepreneur helping retired athletes and other professionals become skilled entrepreneurs and investors in their own right. “Even though I attended a small school, my ‘plan A’ was to go to the NFL,” Marques notes. “When people asked me if I had a ‘plan B,’ I would respond that my ‘plan B’ was for my ‘plan A’ to work. I just didn’t see it any other way. It was all or nothing.”

Can this “all or nothing” mentality help the throngs of folks failing with their New Year’s resolutions reel it back in and taste victory in their own right? It seems to me that such staunch intentions can certainly be a helpful means toward that end. But reality is there’s no one single method that can guarantee goal-setting success. The insights and perspectives above can help you ascertain what’s missing in your own plight and freshen your approach, optimally lighting that fire in your belly and sustaining it until you cross the finish line. It may not be easy, but perhaps you can perceive this truth as a thrill rather than a kill.

Spring into the Perfect Scent