Las Vegas Convention and Visitors Authority announced a recommendation to select The Boring Company (TBC) to design, construct and operate a people mover for the Las Vegas Convention Center via a loop of underground express-route tunnels that could carry passengers in autonomous electric vehicles at high speeds.

Upon approval by the LVCVA Board of Directors on March 12, the project would be another first for Las Vegas and have the potential to connect Downtown, the Las Vegas Convention Center, the Las Vegas Boulevard Resort Corridor, McCarran International Airport and beyond.

“The selection of The Boring Company for the Las Vegas Convention Center’s on-property, guest transportation solution leads the way to the evolution of transportation overall in Southern Nevada,” said LVCVA CEO and President Steve Hill. “Our destination thrives on innovation and reinvention and The Boring Company’s concept allows us to continue providing the world-class experience our guests and clients have come to expect and move people in an efficient and cost-effective manner with advanced technology.” 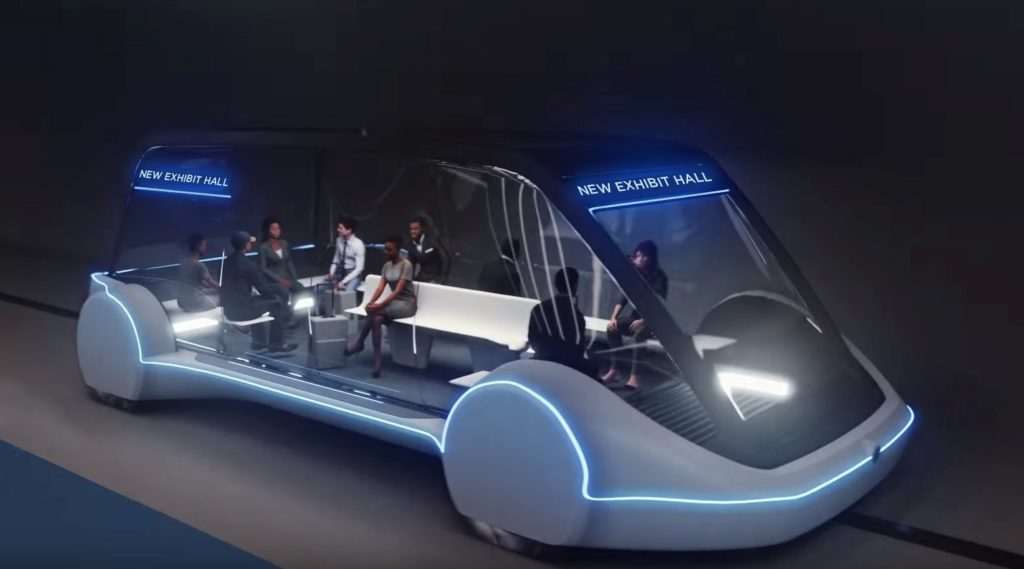 Currently in the midst of an expansion, the Las Vegas Convention Center will span 200 acres when complete in time for CES in 2021. Conventioneers walking the facility will log approximately two miles from end-to-end hence the need for an on-property guest transportation solution. In 2018, Las Vegas had more than 42 million visitors. The Las Vegas Convention Center hosts more than 1 million convention attendees annually. The Regional Transportation Commission of Southern Nevada carries approximately 12 million passengers per year within the Las Vegas Boulevard Resort Corridor.

“We are excited to work with the LVCVA to provide a world-class mass transit system in Las Vegas,” said Steve Davis, president, The Boring Company. “Upon approval, it can be in use by Las Vegas Convention Center guests within one year, supporting the LVCVA’s expansion timeline.”

Founded by Elon Musk, TBC is a leader in innovative transportation technology. Its projects include a Research and Development (R&D) Test Tunnel in Hawthorne, California. The R&D Test Tunnel represents a fully operational 1.14-mile Loop system that cost less than $10 million per mile including internal tunnel infrastructure.

The LVCVA’s TBC recommendation is a result of a multi-step process that started in 2018 with a request for information to gauge interest. A request for proposal was then issued. Interviews with resort property, and consultants in transportation systems, and automated people-mover construction and operations industries.

Pending the LVCVA Board’s approval during their March 12 meeting, TBC and the LVCVA would determine specific design, construction and operational plans and negotiate a contract for final approval by the LVCVA Board in a subsequent meeting anticipated by June 2019. The potential project’s estimated fiscal impact is $35 to $55 million.

Tourism is the engine that drives Southern Nevada’s economy, and one of the greatest opportunities for continued growth is business travel. Through expanding and renovating the convention center coupled with innovations in efficiently and effectively moving locals and visitors within the destination, Las Vegas will not only retain its status as the No. 1 conventions city, it will ensure the economic future of the entire destination. 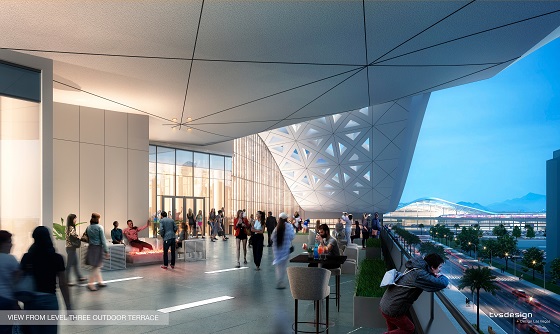 Las Vegas as a Business Destination

• The project will generate an additional $2.1 billion in
economic activity during construction and upon completion
will have an annual incremental economic impact of $810
million while attracting more than 600,000 visitors each year.

• The destination boasts nearly 12 million square feet of
meeting space including three of North America’s ten largest
convention centers, in addition to a wide array of event, dining
and entertainment venues that are also used for group business.

• Trade Show News Network recently recognized
Las Vegas as the No. 1 trade show destination in the
country for the 24th consecutive year for hosting 47 of
the top 250 largest trade shows in North America.

• The Las Vegas Convention Center hosted 56 conventions
in 2018 with a combined attendance of 1.3 million people.