Star-Studded Attendees Included Jonathan Bennett, Eve, Nigel Lythgoe, Hans Zimmer, Kevin Frazier and Many More, Who All Came Together for a Global Cause The performance was co-written and directed by André Kasten and Leah Moyer, performed by Cirque du Soleil artists as well as celebrated performers including Keone and Mari from “World of Dance” and Las Vegas headliner Blue Man Group, presented alongside Academy Award-winner & world-renowned score composer Hans Zimmer and featured intricate choreography created by Alexander Ekman and Andrew Winghart. Highlights from the dramatic acts were three spectacular arrangements performed live by Hans Zimmer, including a specially adapted piece from the award-winning film “Interstellar.”

This year’s event was taped for the new entertainment special ONE NIGHT FOR ONE DROP: IMAGINED BY CIRQUE DU SOLEIL, and aired on, March 16th, on the CBS Television Network. The limited commercial experience is made possible by presenting sponsor COLGATE, which is committed to raising awareness of water scarcity with a
“turn-off-the-faucet-while-brushing” message because #EveryDropCounts. 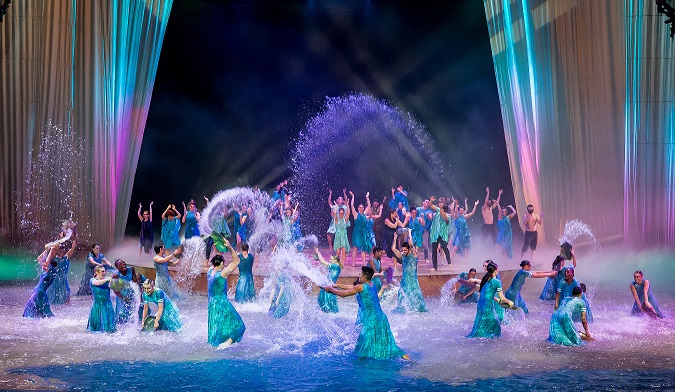 All proceeds from the event benefit One Drop’s global water efforts, with a portion of the proceeds going to the Las Vegas Community.

Women, Millennials, and Hispanics Will Shape the Future of Housing