The world’s tallest modular hotel – which will carry a brand of Marriott International is on track to be stacked in late fall in New York City with prefabricated and pre-furnished guestrooms. Once erected over a 90-day period, the 360-foot-tall tower will represent a milestone for Marriott’s ongoing initiative to encourage hotel developers in North America to embrace modular for new construction projects. To be topped with a modular roof and modular rooftop bar, the world’s tallest modular hotel is expected to open in late 2020 as the AC Hotel New York NoMad.

“In North America, the construction process hasn’t changed significantly in 150 years and it’s ripe for innovation,” said Eric Jacobs, Marriott International, Chief Development Officer, North America, Select and Extended Stay Brands. “The world’s tallest modular hotel in one of the world’s greatest destinations will act as a game-changing symbol to ignite even greater interest in modular among the real estate and lending industries.” 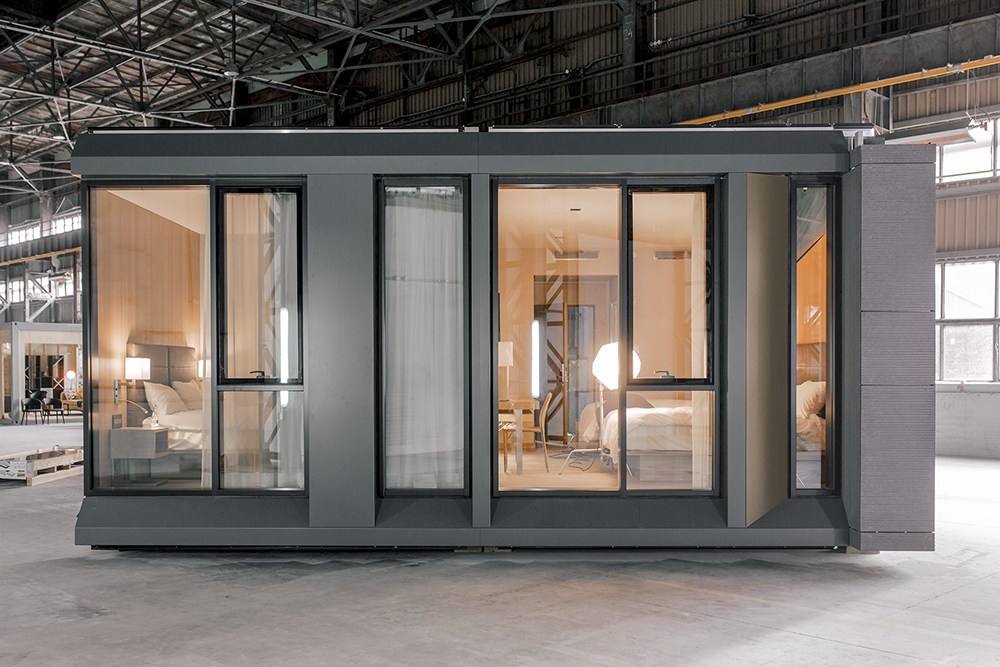 The 168-room, 26-story AC Hotel New York NoMad is scheduled to rise at 842 Sixth Avenue with prefabricated guestrooms arriving at the hotel site fully constructed, inside and out. Besides finished, painted walls, each “module” will contain a fully outfitted guest room – with beds, sheets, pillows, flooring and even toiletries. The hotel’s roof and rooftop bar are expected to be produced using modular construction, and its more customized public areas such as the restaurant and lobby are expected to be constructed using traditional methods.

Prefabrication is a process that Marriott has found typically reduces the construction timeline, curbs site waste and noise, and results in a higher-quality product produced with factory level precision. The time savings comes from the ability to perform two crucial functions
simultaneously – building the public spaces on site while manufacturing the guest rooms offsite.

“This is the moment where modular construction takes center stage,” says Danny Forster, a leading modular building advocate whose firm, Danny Forster & Architecture, designed the project. As he explains it, “This hotel takes every advantage of off-site manufacturing, as you might expect. But it does so in a way that defies expectation. We wanted to demonstrate that modular building can do more than just harness the efficiencies of the factory. It can produce a graceful and iconic tower. And yes, it can do so at the rate of an entire floor a day.” 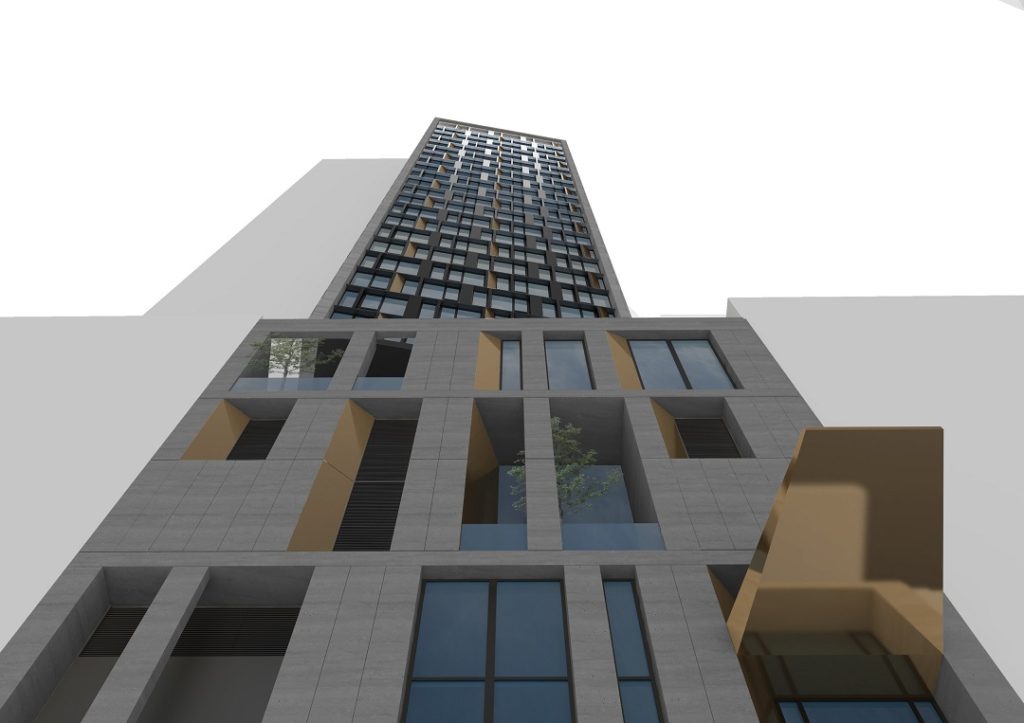 Marriott, which has the largest pipeline of hotels in North America, began researching modular construction in 2014 to offset lengthening hotel construction times – a trend attributed to the nation’s building boom and resulting labor shortages. Since 2011, Marriott has seen the average time to build and open a hotel in North America increase by as much 50 percent, depending on factors such as location and size of property.

Since 2015, Marriott has been educating owners, franchisees, architects, lenders, consultants, general contractors and other stakeholders across the industry about the benefits of modular by hosting town halls, factory tours and stacking events. The company also worked with leading modular manufacturers to help them better understand the untapped demand that hotel development companies represent.

Since the launch of Marriott’s initiative, the company’s development partners in North America have opened 31 Marriott-brand hotels – all low-rise structures – that incorporate prefabricated guestrooms and/or bathrooms, including a Fairfield by Marriott Inn & Suites in Folsom, Calif.; a Courtyard by Marriott in Pullman, Wash., and three AC Hotels in Oklahoma City, Louisville, Ky., and Chapel Hill, N.C. To date, the largest Marriott-branded modular-built to open is the 354-room, dual-brand Courtyard and TownePlace Suites by Marriott property in Hawthorne, Calif., while the first to also incorporate a prefabricated elevator bank was the Fairfield by Marriott Inn & Suites in Prairie, Wisc. Later this year, a developer will start stacking the first modular-built Moxy hotel in the United States in downtown Oakland, Calif.

The company continues efforts to support developers interested in leveraging prefabrication, most recently launching modular versions of its prototypes for four of its higher-volume brands: Courtyard by Marriott, Fairfield by Marriott, SpringHill Suites by Marriott and TownePlace Suites by Marriott. Underscoring its commitment to igniting demand for modular construction, Marriott this year is offering an incentive to development companies that leverage prefabrication for guestroom construction.

Travel Options That Will Spoil You Superbly