Curaçao is the best-kept secret of the Caribbean. The Lesser Leeward Antilles Island in the southern Caribbean Sea perfectly sits centered between Aruba and Bonaire; collectively known as the “ABC islands”; and just 40 miles north of Venezuela. Despite being eclipsed by the popularity of its sister islands; Curaçao is larger, more populated, and showcases crystal-clear waters, delightful architecture including the tallest bridge in the Caribbean, bustling casinos, rich history, amazing nature, and so much more.

Magnificently, this Dutch Caribbean Island, with little to no American influence, remains a hidden gem of the Caribbean.

Due to its history and close proximity to South America, Curaçao has a diverse and multifaceted culture. Notably, its name was derived from the Portuguese word meaning “heart” because for centuries the island was the pulsing center of European trade in the region and a melting pot for Dutch, Iberian, South American, African, tropical, and even Sephardic Jewish influences. The island was colonized by the Dutch and has been part of the Kingdom of the Netherlands. Today, it exists as an independent state but is most visibly influenced by the Dutch. Besides Dutch many locals speak Papiamentu, Spanish, English, and Portuguese.

Like the island’s bright and vibrant culture, you’ll immediately notice the colorful buildings with European influences and Dutch architecture. The streets are lined with bright and vibrant colors, including but not limited to pink, green, yellow and teal. Legend has it that the former governor of the island suffered from severe headaches believing his malady was aggravated by the sun’s brilliant reflections off the white buildings. However, the locals were taught that the buildings were painted in color because the reflection of the sun off the white buildings would damage their eyes. Regardless, the tradition of painting in vivid colors has endured, making Curaçao’s Dutch and Spanish colonial styled architecture one of the Caribbean’s most stunning sights.

Since the island is located outside the hurricane bet, rain is rare. Its wet season is only two to three months out of the year. Therefore, visitors can create their perfect vacation anytime of the year staying at accommodations ranging from a quaint hostel to a swanky five-star resort. Whether a laidback sun worshipper or the energetic and adventurous, the island offers everything from spending the day at any one of its 40 beaches to taking advantage of its bustling nightlife and partying until the sunrises, any night of the week year-round. 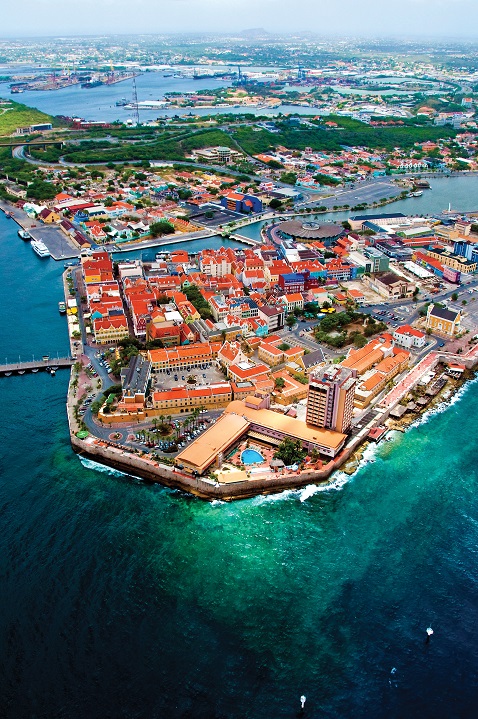 With plenty of shipwrecks in the ocean, diving and snorkeling are some of the most popular things to do in Curaçao for the active and watersport lover. Curaçao is consistently rated one of the best shore-diving locations in the world; thanks to the tropical climate of the area and its consistently warm water.

Whether you’re a novice diver or have an open water certificate, you’ll find a dive site perfect for your level. Nightlife is one of the best things to do in Curaçao, where you can party into the early hours of the morning and dance until dawn to live salsa and reggae music. Special events including annual festivals like Carnival and King’s Day among the largest and most fun.

Carnival 2020 will be especially grand since it will be the island’s 50th annual celebration. In case you can’t make it to one of the major festivities, be sure to add a trip to Curaçao, one of the most beautiful destinations, to your bucket list.