Photos by Marc A. Bowen (Thee Beginning Photo LLC) *These photos were from 2009 NBA finals which a pivotal post Shaq comeback

Originally born and raised in Philadelphia, Pennsylvania, Kobe Bryant was the youngest of three. Growing up, Kobe learned to become adaptable to his surroundings by embracing his father’s travels throughout his retirement. After his father left the NBA to play basketball professionally in Italy, Kobe took it upon himself to learn how to speak Italian fluently.

Although basketball was where his passion truly lied, Kobe was a trait of multiple talents. He enjoyed playing soccer, playing the piano, and was considered one of the most well-spoken players in all professional sports, his retirement speech was a great example of what a gifted writer he truly was. 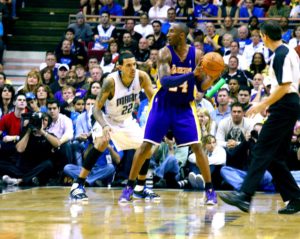 Kobe was a great businessman and had a keen eye for things that others didn’t. Back in 2014, during an interview he had with ESPN Kobe announced the opening of Kobe Inc. which he had stated that the company’s mission was to own and grow brands that challenge and redefine the sports industry, while inspiring the world. Along side of that he wrote children’s books and had released The Wizenard Series: Training Camp. Bryant won an Oscar for “Dear Basketball” the Best Animated Short Film at the 2018 Academy Awards.

“Be willing to sacrifice everything, but compromise nothing in your quest to be the best.” 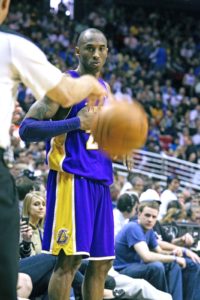 Bryant entered the National Basketball Association (NBA) directly from Lower Merion High School. He was selected originally by the Charlotte Hornets with the 13th overall pick of the 1996 NBA draft and then was traded for the Los Angeles Lakers. He became the youngest player to reach 30,000 career points, won 5 NBA championships, 18 time All-Star and two-time NBA finals MVP winner, these are just to highlight a few of his accomplishments throughout his career. 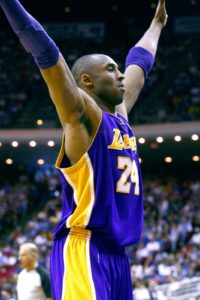 Kobe Bryant was a role model to many people world-wide including his family. Gianna Bryant, 13, which was his second oldest was a basketball star on the rise. She had a passion for basketball and with the help from her father had only motivated her to play at her very best. She portrayed Mamba like moves on the court and there was no surprise that she would have been the next Mambacita!

Kobe Bryant meant a lot to the world, a true inspiration, he has made a huge impact not only in the basketball community but on fans worldwide. Let’s continue to celebrate the life and legacy of the Mamba!

J.M. Gonzales has a strong passion for writing. She is author of two books “Broken Silence” and “Wild Card” both of which can be found and purchased on Amazon and Barnes & Noble. She is currently a full time student with Ashford University and is on her way to receiving her BA in Journalism. Meanwhile, she continues to maintain her personal blogs and enjoys traveling.

A Life Without Reservations